Skip to Content
Home | Kanis Life Around the World Berlin is freedom. Berlin is love. 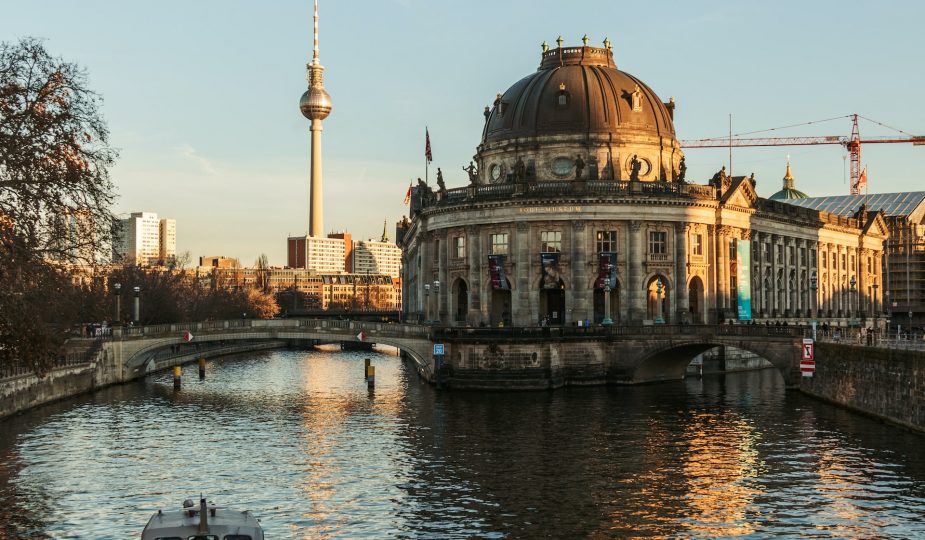 Don’t force me to write. The inspiration will come naturally.

And it came. I can’t write just for the sake of writing. I write because I want to share my experience with others. That can be done by transforming emotions into words. Also, that can be done by choosing the location which will inspire and motivate me, like Berlin did.

I visited Berlin twice in a year..

..in March and July 2018. It hasn’t happened to me before, to visit the same city twice. I’m not a big fan of going to same places, where there are so many more to discover. However, I realized that Berlin is my comfort zone. There, I am who I really am, in every moment, with every person and in every situation. And honestly – that bothered me for days.

After living in the US, it’s been years since I’ve realized you have to be what you really are in you own “yard” first, in order to succeed somewhere else. It’s important to accept yourself and everything you are, if you want to achieve real success. As soon as I accepted that, I found myself in the same situation like before – the feeling and urge to escape and be myself somewhere else. This time in Berlin.

Then I started wondering – how can the person, who significantly changed over years, who has different perspectives and living under the different circumstances, find herself in the same situation? Did I go one step back or I made a step forward, by realizing the loop I’m in? By admitting myself what I’m going through?

If I’d have to describe Berlin with one word..

..that would be freedom. Freedom to walk around streets with the bottle of beer in your hand, without being characterized as a bum. To wear the silliest pieces of clothes, with the funniest shoes ever seen. Freedom to walk around the city with half-waxed legs (you can’t see that really often in Belgrade, because we, women, are overloaded by the need to be perfect in every moment). To speak the language you barely know, but no one will ever make fun of you for making a mistake. Freedom to approach the unknown group of people in the park and start talking about random things. Freedom to dance, to sign, to laugh and to love. To love. In Berlin, you love and you feel love(d).

In Berlin, I didn’t have any prejudices. Why? Because in Berlin, everything seems like a normal thing to do.

Belgrade has a lot of potential to become new Berlin

But in Belgrade, people are not free. Why aren’t they free? Why don’t we feel free? Because it’s much easier to convince yourself that you’re something different than what you really are. What we are isn’t bad. It’s just us. And true, not everyone will accept us. As the matter of fact, depending on what we really are, we’ll be accepted by certain number of people. After a while you realize it doesn’t really matter who and if someone is accepting you, because in the moment when you accept yourself and the essence of your being, life starts adapting to you.

The similarity between Belgrade and Berlin is that you have to feel it and experience it. Yes, it’s great to see the remainings of Berlin Wall, Brandenburg gate, Museum island, Alexanderplatz, Bundestand, cathedrals, palaces, parks etc. For all of that, three days would be enough. But Holzmarkt, Mauerpark, cute little Italian restaurants which can accept up to 10 people, in West Berlin – that is what’s going to leave the right impression about the city and the energy of the people living in it.

I smiled when I received a message saying “Berlin is for beer and sausages”. It is actually not. Berlin is for real, original kebab. It is for the amazing ethiopian cuisine. Berlin is for the most perfect antipasti you won’t find in Italy. Berlin is for the Cuban restaurant, where people speak Spanish language, because somehow, everyone understand Spanish. Where you listen to amazing latino music and dance salsa. Berlin is for guacamole, better than those I tried in Mexico, because in Berlin, everyone cares about keeping its authenticity. When there is several million authentic people in one city, what else can you expect from the city itself but to be authentic?

All of you reading this article can type on Google “What to visit in Berlin” and get the list of things you should see. After everything I’ve been through in Berlin, I don’t want to write generic articles about demolition of Berlin wall and history of Germany (which in all honesty, I don’t even know) but to make you realize what kind of city am I talking about.

Do not miss Holzmarkt

That’s the part of the city which is by the river, where you can find lots of alternative bars. People are sitting on the ground, stairs, benches, chairs, next to the fire, with feet dipped in water, in suits, in ripped clothes, with tattoos, with and without makeup, with heels, shoes, slippers and barefoot. They’re having drinks they previously bought in the nearest market or drinks ordered at the bar. Listening to the music from their phones or bluetooth speakers, watching the sunset at 9.30pm, waving to people passing by and when I guy sees a girl he likes, you know what does he do?

He approaches her and introduces himself. Yes, that’s a bit unthinkable. Usually, guys are sending drinks to girls using the waiters and are flirting with girls for hours before they leave the club and don’t even come to introduce themselves. Typical for Balkan. But the reality in Berlin is different.

If you happen to be in Berlin on Sunday, get up a bit earlier in the morning and take a walk to Mauerpark. People are lying on the grass, walking with families; then you have a group of friends preparing BBQ. In the center of the park, there’s a concrete “stage” where people are doing karaoke, surrounded by stairs where the audience is sitting and enjoying performances.

On the other side of Mauerpark is a flea market. There you can find whatever comes across your mind. One of the best things I’ve bought was a book of Paulo Coelho, written in Spanish. When I asked the girl why is she selling the book, she said she’s moving from Berlin and has to keep only the most precious ones. I bought it for 2 EUR. When I opened it, at the first page of the book was the date and place where the book was purchased.

She wrote she bought the book in Mexico and she left the message that she hopes the next reader will experience book in the same wonderful way like she did. Books can evoke the most hidden emotions and make you realize that by being silent and not speaking about emotions you feel, you’ll suffocate. That is really important lesson which takes time to be learnt and it requires lots of time and patience to master it.

Berlin is great for shopping as well. There are big discounts happening in July, which I assumed prior my departure, so I came with half full luggage. Shopping in Berlin is a great way to empty your credit card tho. However, everything I bought was at least 3 times cheaper than in Serbia. In Germany, discount is really a discount.

Considering the Berlin is one of the rare cities which makes me feel like I’m home (reason for that are also great friends I have there) at the end of the article you can find links of the places, restaurants, cafes and bars that are not overloaded with tourists and where you can feel the soul of Berlin.

And now I want to go back to the beginning

..and say it’s not true that I’m not free to be who I really am in my own “yard”. I convinced myself, which I’m really good at, that I’m something different from what I really am. We carry the freedom in ourselves, in every moment and depending of the surroundings, we’re letting her from ourselves and letting others see it.

Travels are bringing us infinite amount of benefits, comprehension and acceptance. Traveling make us move from the (self)imposed surroundings and influences, which often leads to everyday changes, change of habits, different perception of personal reality and encouragement of honesty. It leads us to release of resistance, but also release of love and it gives us the possibility to choose – will we stay where we are at the moment or will we make a change.

A change, that even though can be painful, can brings us to a long-term joy.

Allow yourself to be who you really are.

Berlin – places you have to visit: 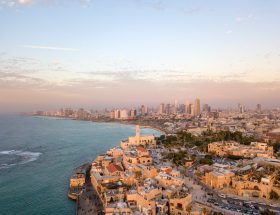 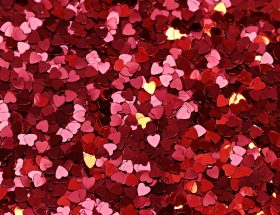 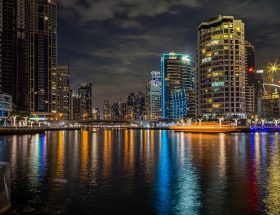 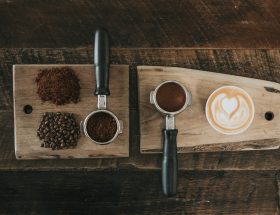 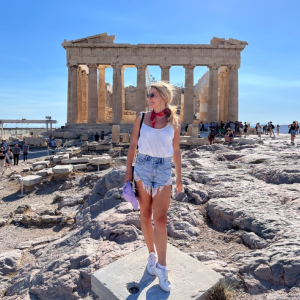 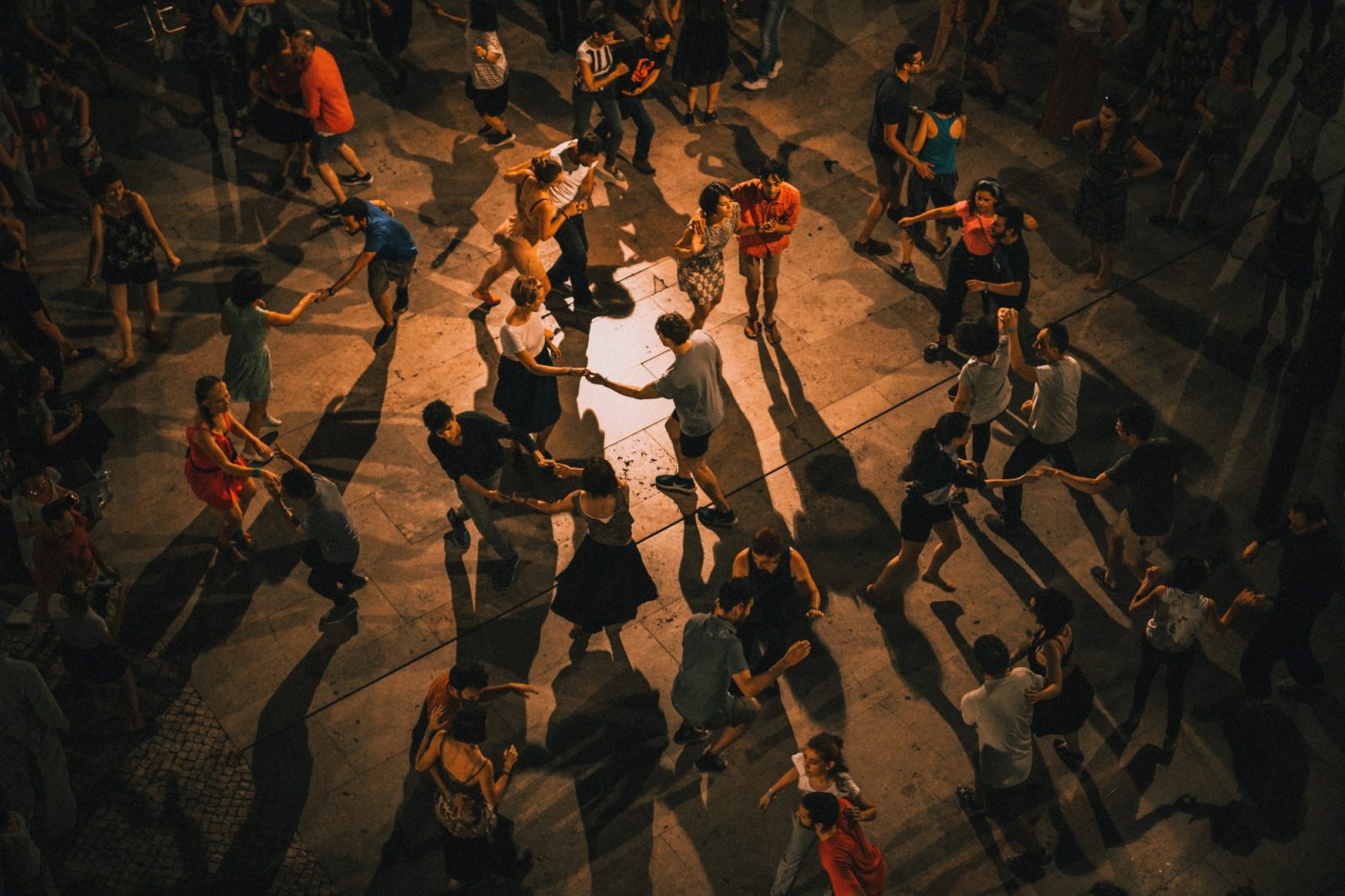